CZECH DESIGN FURNITURE AT ITS FINEST

It is not for nothing that it is said that Czechs have hands of gold. Traditionally, the term „Czech design“ is associated with glass, porcelain, or applied art and historical real estate in the spirit of Cubism, which reached an unprecedented boom in our country at the turn of the 19th and 20th centuries. Fortunately, the downturn in Czech design during the communist regime between 1948 and 1989 is a thing of the past, and in the last 30 years, Czech products and applied art have once again made their way into the world with their originality and quality. At present, new talents are increasingly being promoted in the field of design furniture. Are you still enjoying the same wardrobes, tables, and chairs from ready-to-wear clothing? Would you like to liven up a luxury house with an interesting piece? Draw inspiration from the work of Czech artists!

The abbreviation reflects the typical method of production, as it is „Bent Furniture Factory“ (Továrna na Ohýbaný Nábytek in Czech). Its operation was started in Bystřice pod Hostýnem in 1861 and today it is the oldest factory of its kind in the world. Hand-bent chairs and tables are created in combination with modern ideas of leading Czech designers. All products are made entirely of wood and are complemented by leather or reed.

The new AGAIN collection offers classic chairs and bar stools. You can choose the color of the paint and upholstery according to your ideas. Moreover, you can choose from natural brown shades to pastel blue, green, or even yellow.

The Merano armchair was the first product for which TON won the prestigious Red Dot Design Award. 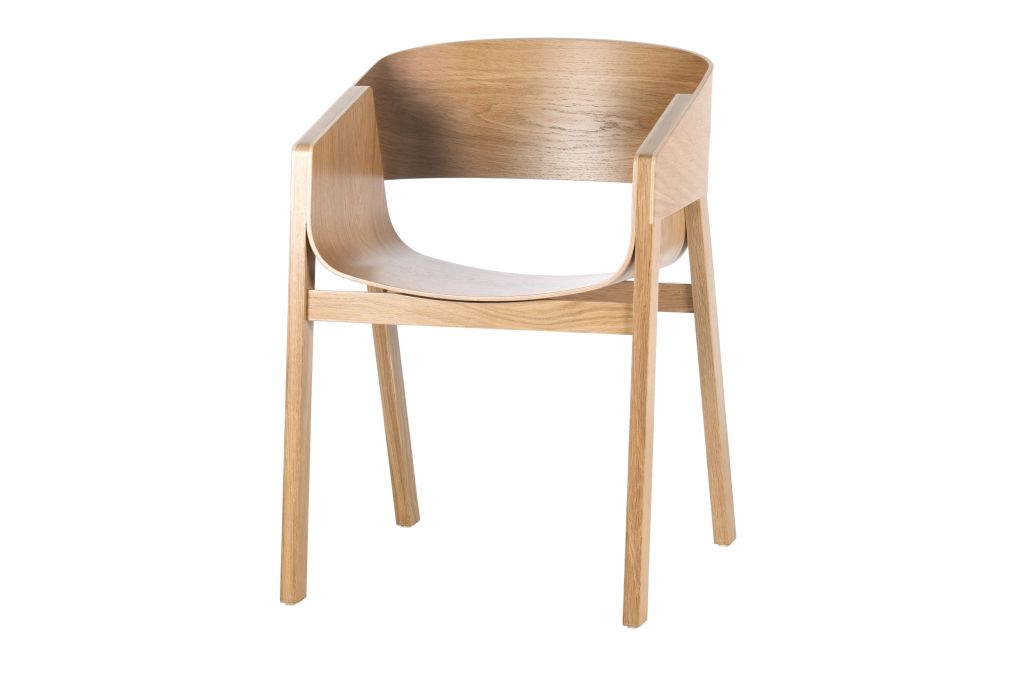 The duo Luděk Šteigl and Ondřej Zita invent imaginative and innovative tables, chairs, hangers, and shelf systems in Zábřeh in Moravia. Proof of their competitiveness on a European scale is that they win contracts in, for example, Germany or Belgium.

You can choose bases and table tops separately – all with a geometrically interesting design. The Diamond series is a hit. Their first seating furniture is the Cocon armchair. And for example, such a Spaghetti hanger will enliven any entrance space, whether at home or in commercial buildings. 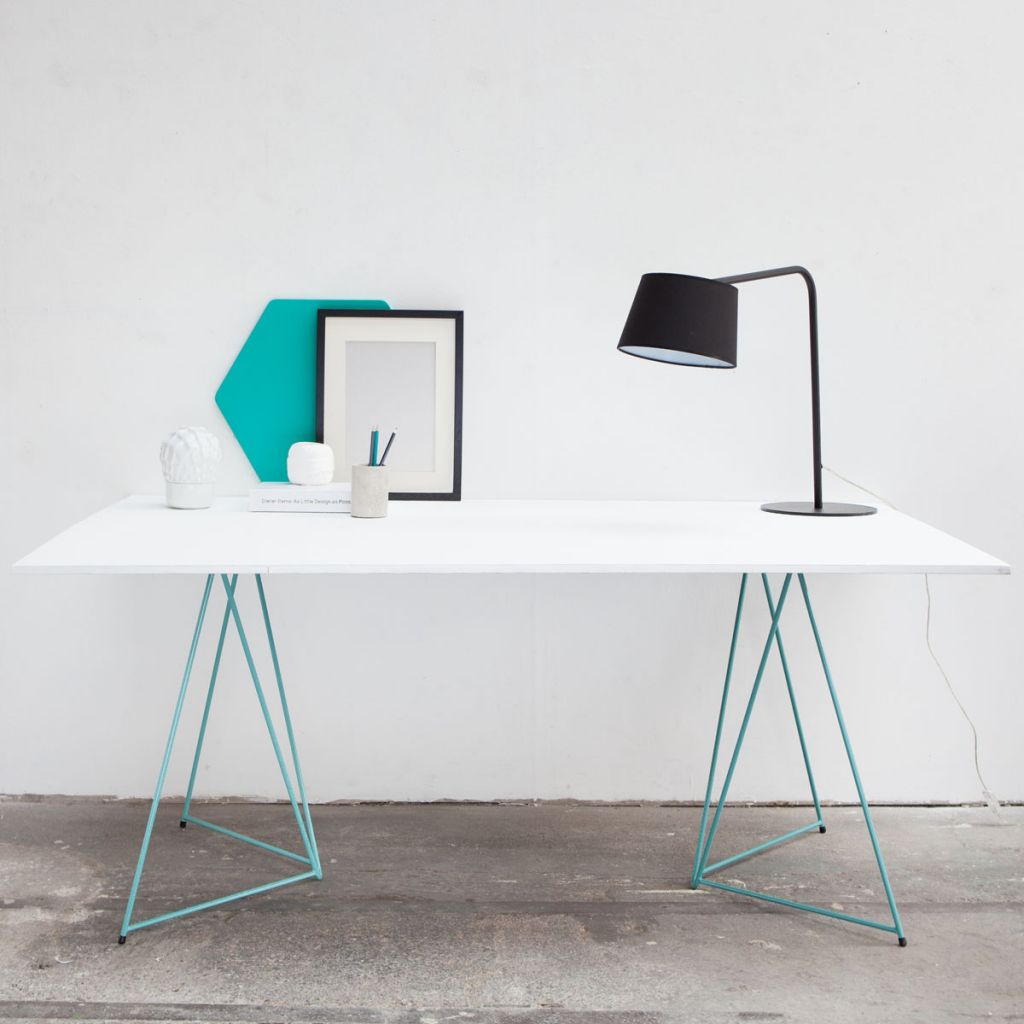 The founder of the brand, Jiří Jaroš, started working on visions for connecting original pieces of wood and modern technologies, thanks to which „illuminated furniture“ was created, in 2013. The same year, he was already making the prototypes of unusual tables. The first series of so-called „stools“ appeared in 2019. This year, the company invited a several artists to production and in cooperation with them creates an unmistakable furniture design, whose core ideas include the connection of seemingly incompatible opposites – such as light and darkness. Uniques are handmade in Luky pod Medníkem. Ecologically, they select, for example, logs with defects that would otherwise end up as waste. By thoroughly modifying and adding LED technology, the artists transform a seemingly ugly piece of wood into luxury furniture. Thanks to the possibility of installing a wireless charger, it is also highly functional. 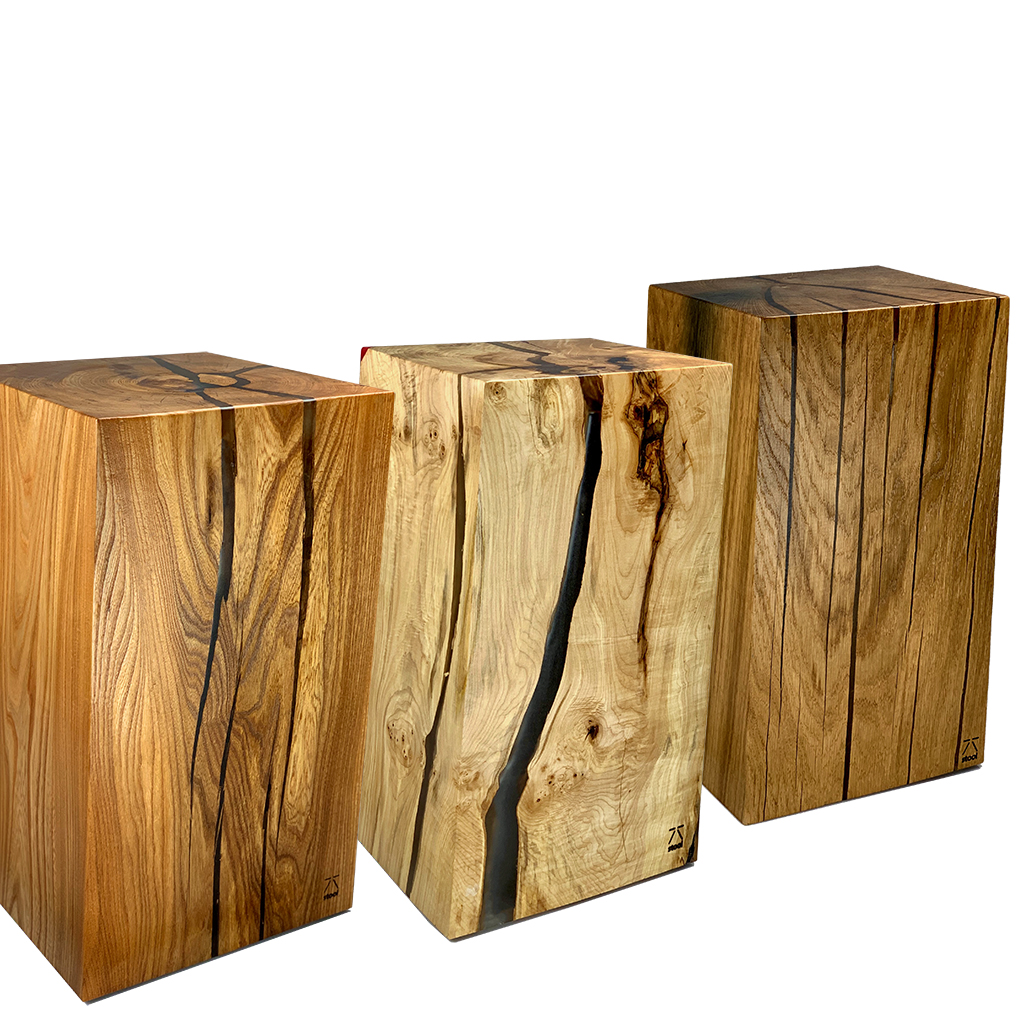 The architect opened her first showroom in 2014. However, she had already promoted herself at foreign shows within the Czech exhibition. Its hallmark has become a delicate, luxurious design, which is appreciated especially by women. In addition to beds, chests of drawers, and bedside tables, Helena Dařbujánová also creates lamps and mirrors. She became more widely known with the Makronky collection. These are seats, bowls, and tables in various variations of colors and prints, whose shape is strikingly reminiscent of the popular French dessert (macaroon). She also relies on the work of the best Czech craftsmen for her products. 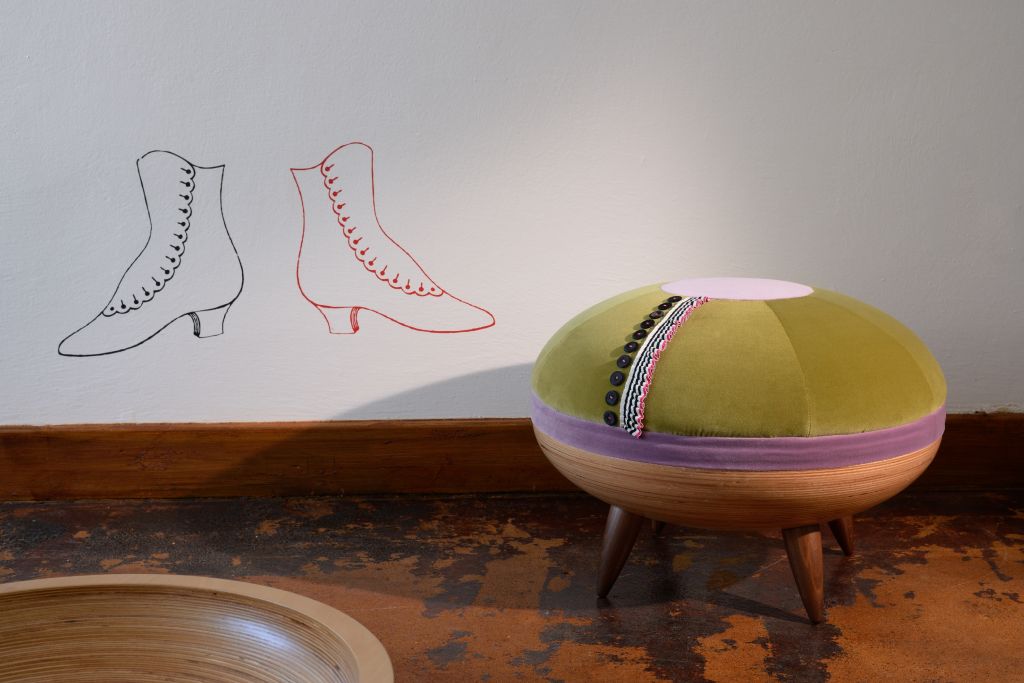 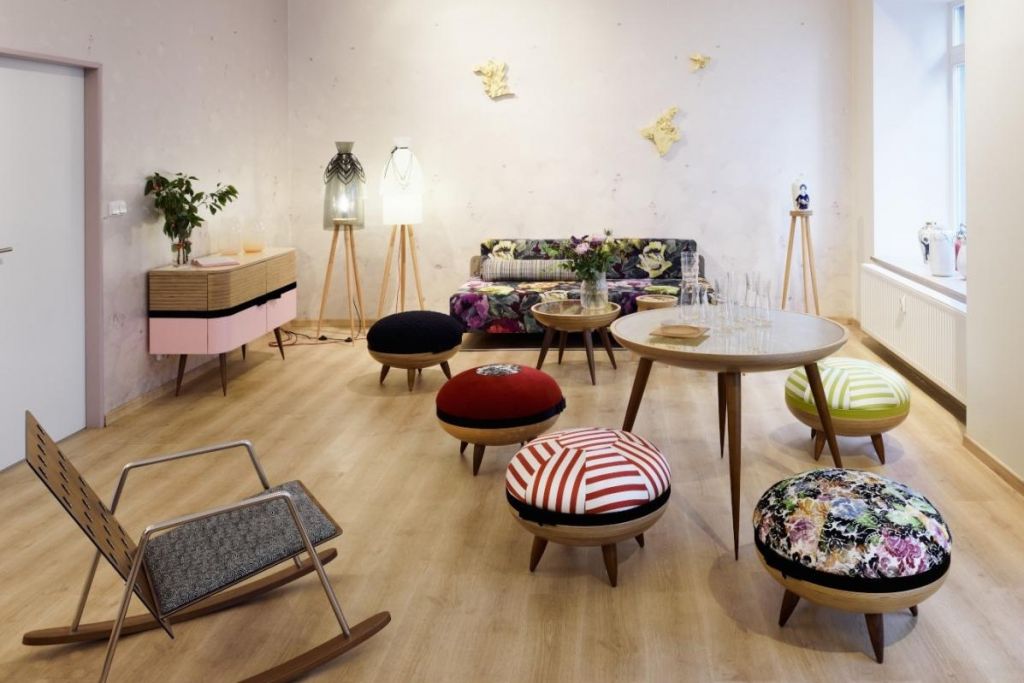 The combination of the old with the new is brought by the Nanovo brand, which renovates furniture from Czechoslovakia from the second half of the 20th century. You will find only originals here. You should therefore hurry with the purchase because there is always only one piece available. Current news includes the U-460 box from the Universal series, which was an almost integral part of the Czechoslovak household in the 1960s and 1970s. Now Nanovo offers its three color variants, each of which is original. 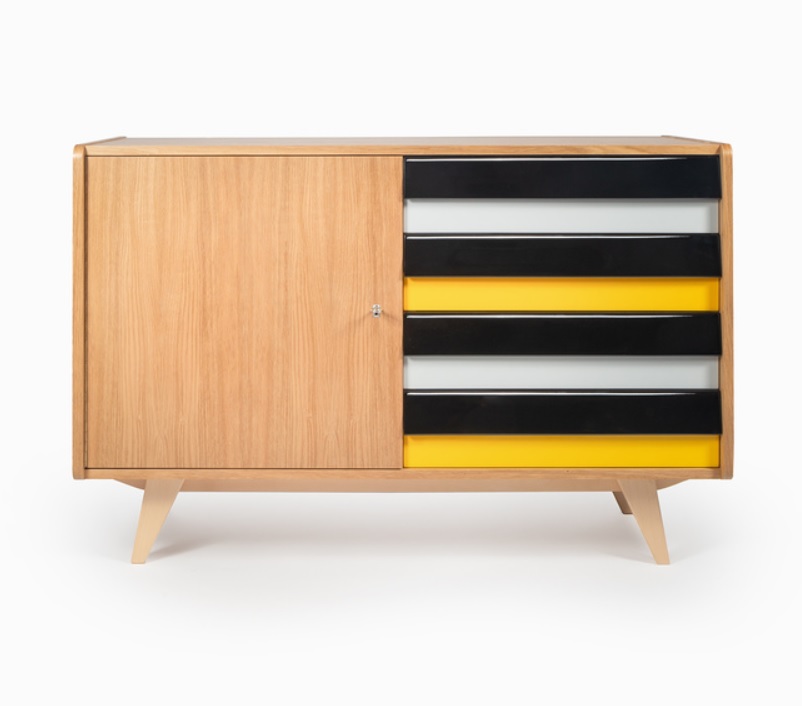 The success of the new generation

New promising designers from the ranks of students are also starting to take the floor: for example, Terezie Lexová. She succeeded with her design of the Second skin lounger in the „National Award for Student Design“ competition. This original interior lounger combines the contrast of leather and metal in an interesting way. Last year, she won an award for Good Student Design and also a special Prize from the Museum of Applied Arts. Sabina Stržínková, who collaborated with Jelínek company on the design of the Tammi Chair, also won the National Award for Student Design. The history of this Wallachian company dates back to 1897 and now proudly continues the family tradition of carpentry. The aim was to create a modern and elegant piece of furniture that would also be in harmony with nature. The successful connection with Stržínková is also evidenced by the fact that the Jelínek company has included the chair in its portfolio. 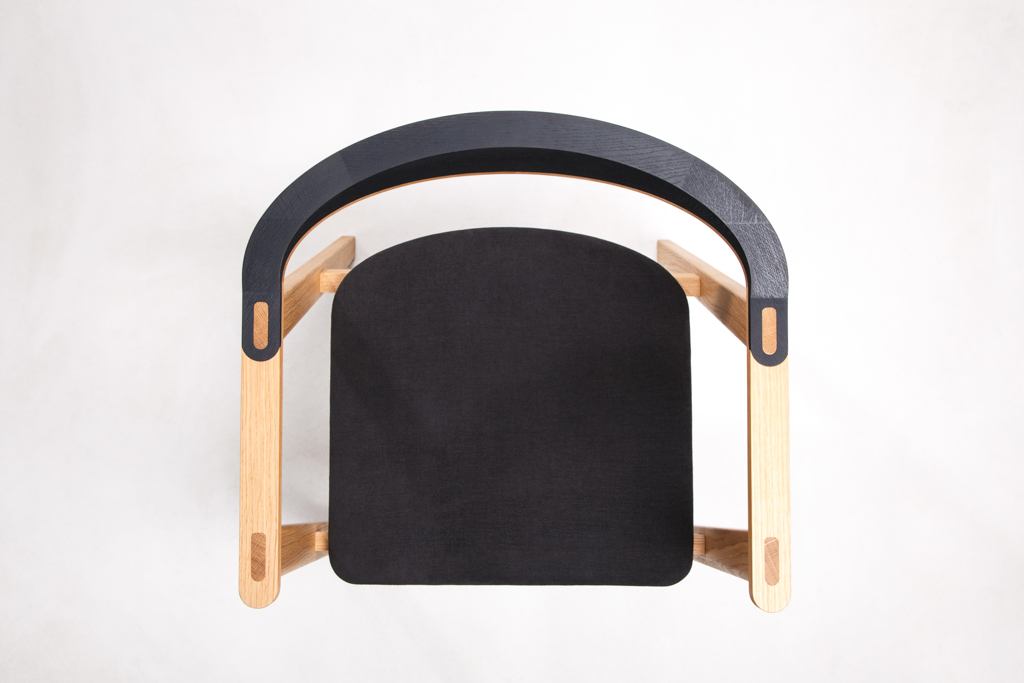 In an attractive location of Prague 5, on the border of Smíchov and Radlice, directly below Dívčí hrady, construction of an original and timeless development project - the Garden Lofts residence in industrial style has started. The building includes 22 luxury apartments with terraces, balconies or front gardens. They are now exclusively for sale by our real estate agency Luxent - Exclusive Properties. The project will be completed in the spring of 2023. The construction is being carried out by the renowned construction company Swietelsky. 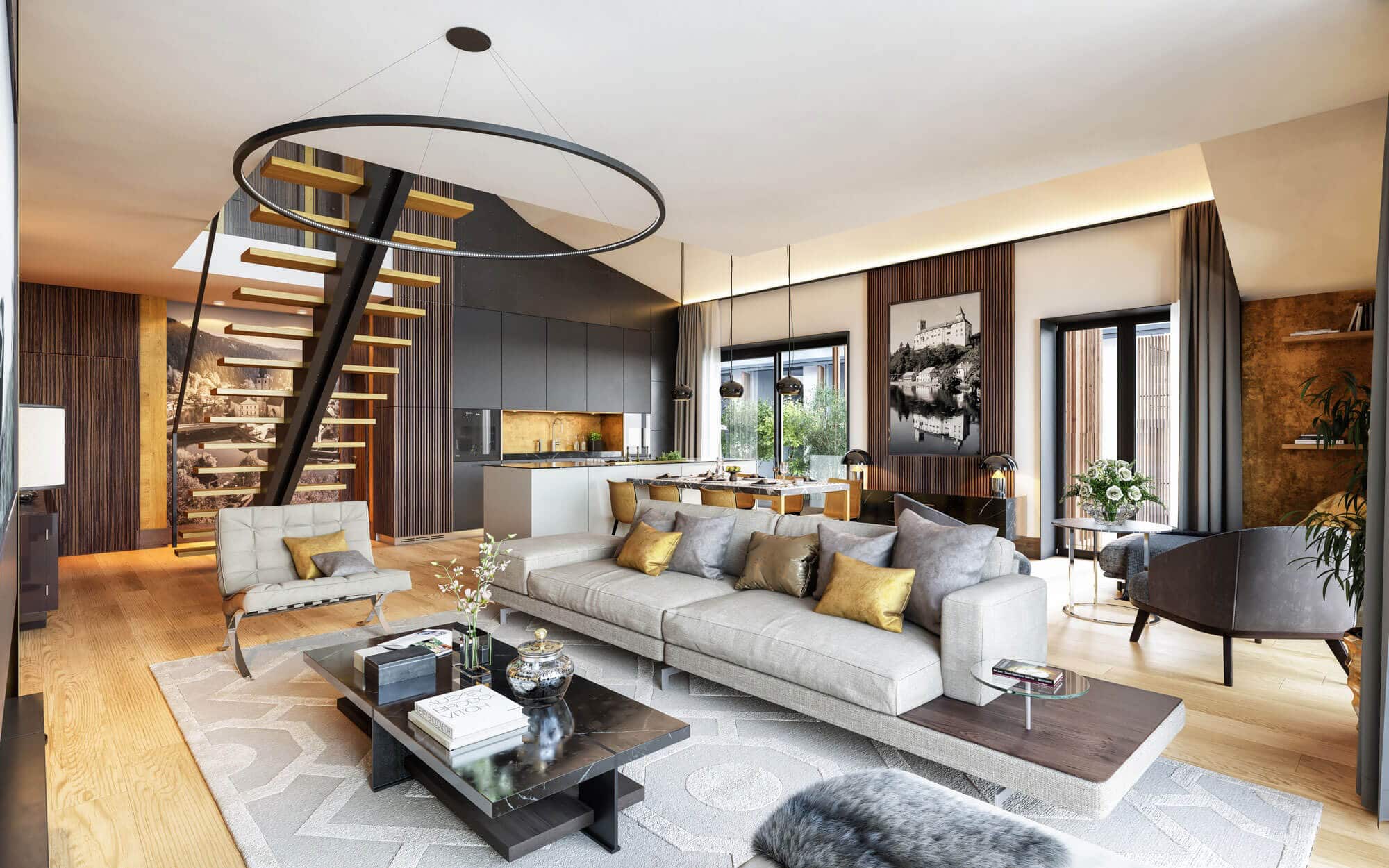