The prestigious competition Czech real Estate Awards is one of the most popular and most closely watched projects in the field of development projects and is held annually since 2010 under the auspices of the company Conventia s.r.o. The winners of this year's event were announced on 13.11.2017 at the congress hotel Clarion in Prague. We have nominated three of our design projects for our LUXENT real estate agency, which we have been working on with developers and designers from the beginning of their realization. And all of us enjoy their great success.

So how did it all go and what have we earned?

This project is certainly well-known to you. The apartments in this residence had a great interest from the beginning and it has been sold out before the actual approval. Not only because of a desired location but also thanks to a precisely designed and sophisticated interior visualizations and a high quality standards. Neo-renaissance Residence Všehrdova 3 project is located in the historical heart of Prague in a beautiful Neo-Renaissance burgher house from the end of the 19th century, just a few minutes from the center of Prague. There were 11 units for sale of disposition from  2+kt, over 3+kt and 4+kt, to the unique generous maisonette 5+kt, which was the largest and also the last of the sold apartments.

We appreciate this award and we all consider it a great success  - the team, the developer, the designers and our office. We know how much enthusiasm and the desire to create a quality offer for our clients, how many professionalism and teamwork and efforts we all gave it from the beginning to the successful end. 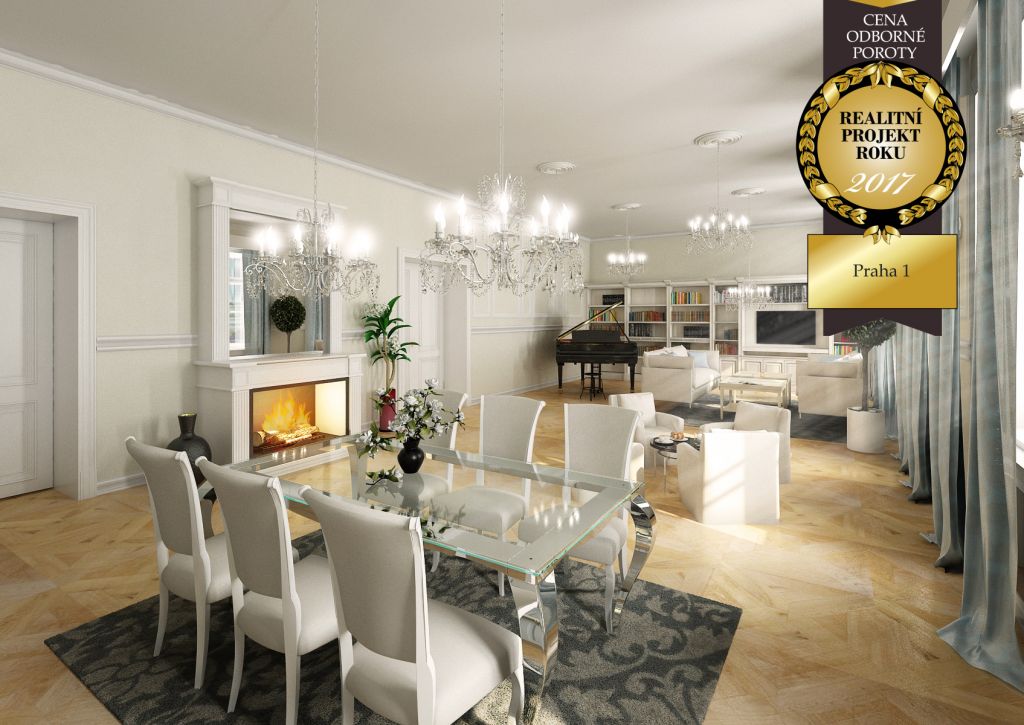 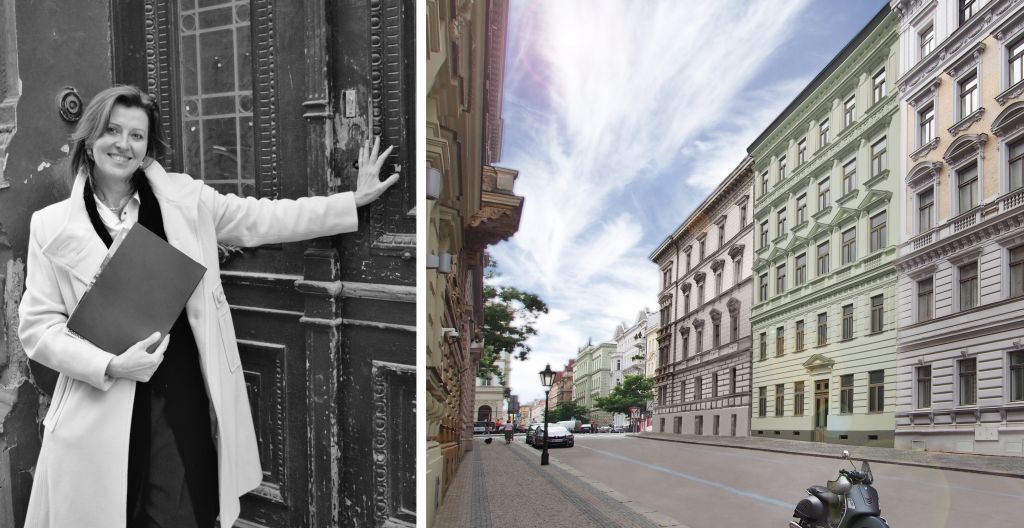 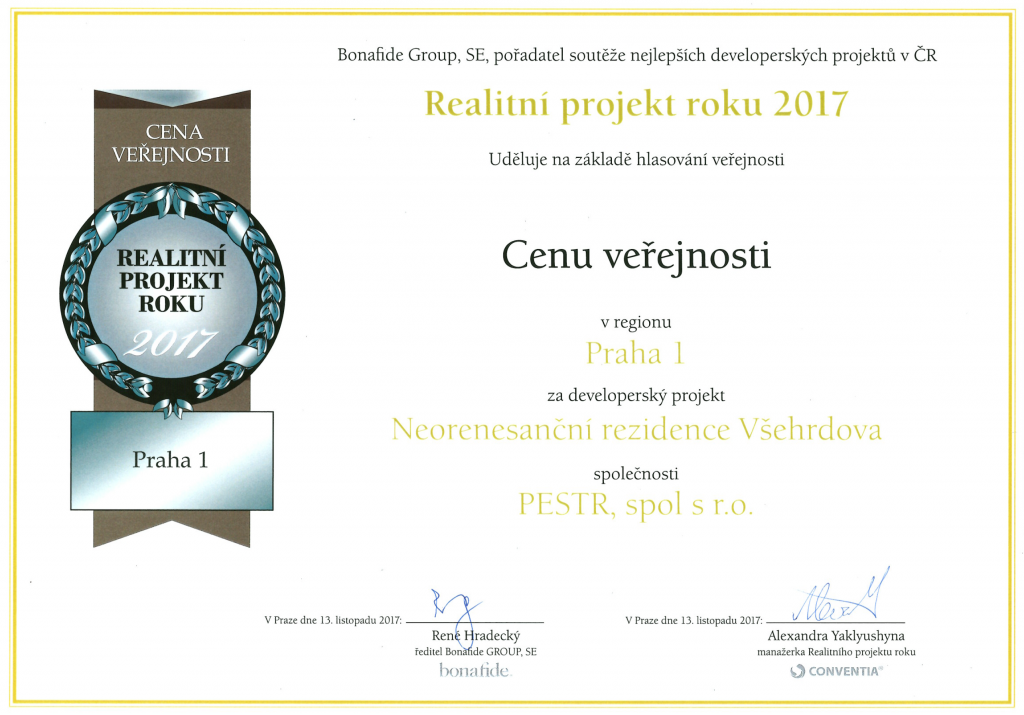 The region of Praha 1 – Public Award

Yes, Residence Všehrdova had won two awards, and we are very grateful for this because it comes from you – the public. Thank you, we are pleased to be able to participate in the creation, presentation and exclusive sale of this beautiful project. 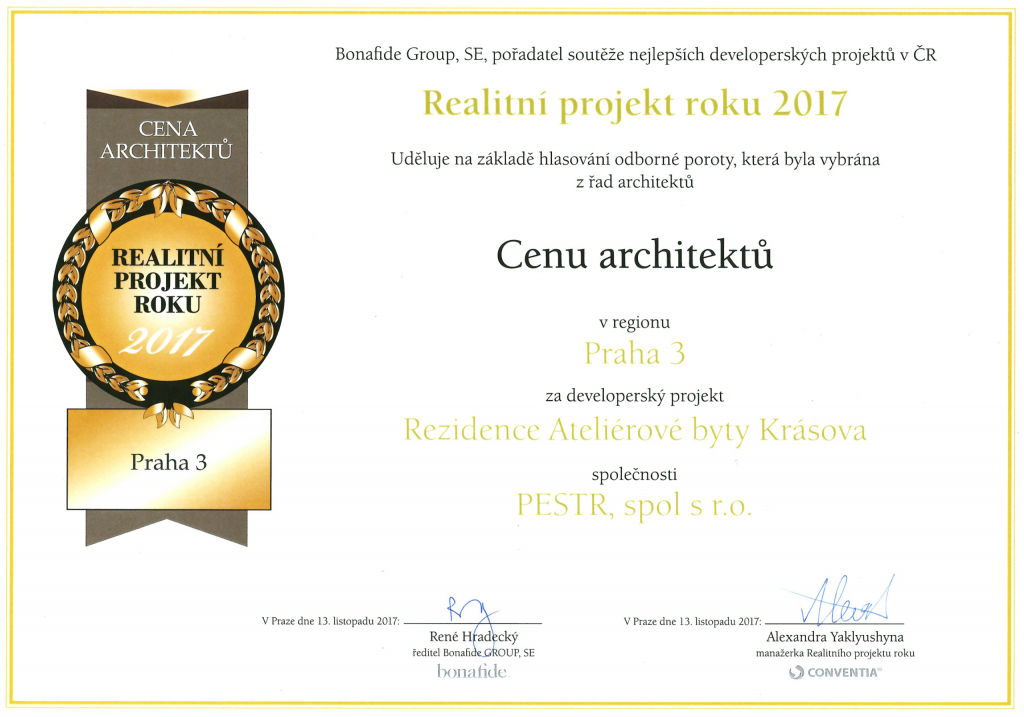 The region of Praha 3 – Architect's Award

The award-winning for the Residence Atelier Apartments Krásova has confirmed that creativity, originality and sophistication are still highly valued in architecture. The term „atelier“ was chosen precisely because in each of the units the space and work with the light were originally solved. The was created by a successful team – developer, our office and design studio. Large glazed walls in raster, highlights, preservation of vaults, and a high standard of equipment have enhanced their artistic hub in flats with the touch of industrial design manuscript. You can find all this on a hill under Jiřího z Poděbrad, on the border of Žižkov and Vinohrady, where the last few units are still left. 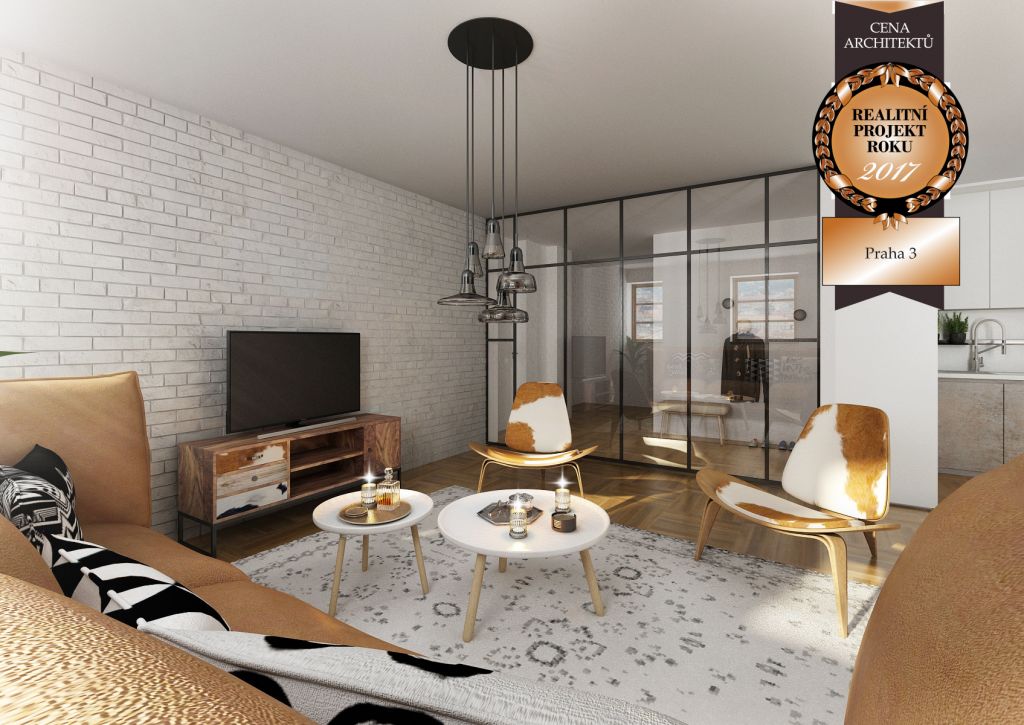 Conceptual design, visualization and optimized floor plans of both projects arose from the team of LaDesign design studio, project manager and sales team LUXENT, of course in cooperation with the designers and architects of the PESTR developer s.r.o. Studio LaDesign also created visualization of both award winners. We thank all of them and we are all grateful to PESTR developers for the demonstrated trust and open cooperation in both unique residences.